It was a great birthday present!  "Hey, would you like to take a train ride for the day?" That's not your usual what-would-you-like-for-your-birthday question and my not-so-normal response was, "YES!"
We spent a day on an Amtrak train and took a ride from Chemult, Oregon up to Albany, Oregon, a good days' ride with a few hours lay-over.  The station at Chemult is spartan; there is a cement platform and a slanted metal roof supported by beams and a glass wall with no seating area. 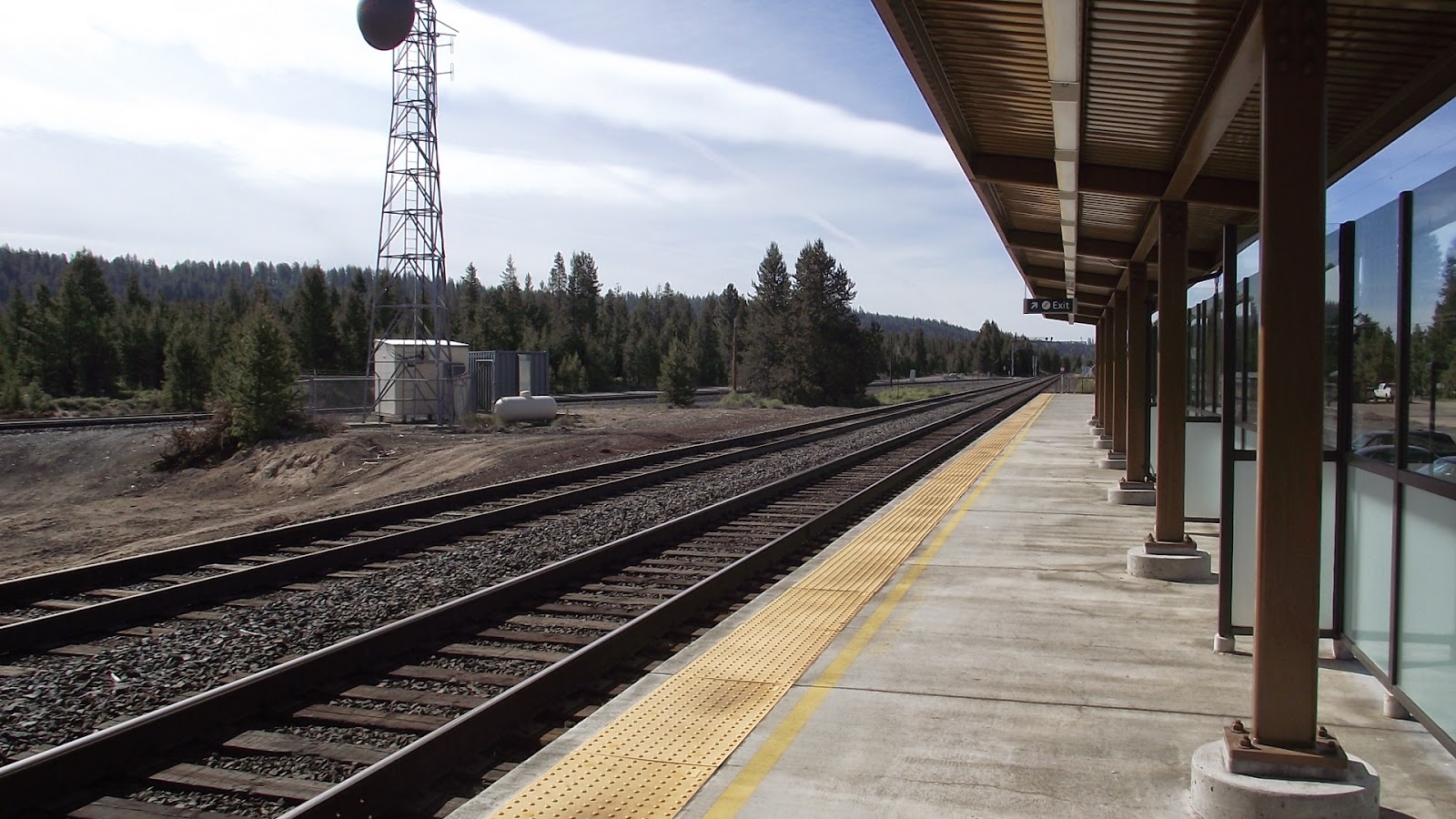 Thank heavens we didn't have to wait long.  We could hear the train blasting it's horn a mile away and once it rounded the bend, those of us who were waiting (what began as six people turned into 20 or more!) were excited to begin our journeys. Last year I was treated to an old time train ride, complete with steam locomotive at the Rio Vista Railroad Museum in Rio Vista, California.  Those cars had all been lovingly restored from the early 1900's to pristine condition by an all-volunteer group.
The first time I rode a train, I was five years old.  I remember stepping up into a black train and that's all I can remember, other than Mom and Dad being with me.  I believe that on that trip we also were able to sit in the viewing car.
Leaving at 9:16, this ride would get us to Albany by 1:30 p.m.  After hopping on, Kevin and I found ourselves on the top tier of the passenger train, sitting in comfy, Greyhound bus-sized seats.  There was more room on the train than in a plane!  Tables attached to the seat in front dropped down and we had our choice of TWO foot rests!  Once the train began to move, we settled in for a treat of great scenery and spacious seating.
The ride was quiet and a little roley-poley but you don't really notice that until you try to walk down the aisle for the bathroom or snack bar.  I had been expecting that clickety-clack you hear  when watching an old western.  Now, I said the ride was quiet and I was referring to the machinery, it would have been much quieter but for the two young girls about 7 and 9 sitting behind us. Really though, they had already been on the train for three days so their crabbiness was to be a bit expected.

It wasn't long before the both of us were mesmerized by the gentle motion of the car and the greenery speeding by us.  We went from dry desert pines and sagebrush to the lush, soft greens of higher elevations; we passed cedar trees whose boughs were shaped like a Southern Bells' petticoat.  Lipstick red and cotton candy pink blossoms of wild rhododendrons were peeking up through devils' club, lemon yellow scotch broom and cream colored, lacy goats' beard.  I spotted Indian paint brush, wild strawberries and delicate daisies, deep purple lupine and the bright green of the requisite moss of the Pacific north west.  Alders with their big maple-like leaves were waving among the Douglas firs, madrones and golden chain.  Fascinating was the diversity of flora up past Crescent and Odell Lakes, sometimes the walls of the forest were so close you felt like you could touch them!

I had my face pressed against the window when I heard behind me, "Mommy, whatta ya lookin' at? They're just treeees", "Yeah but after four months in the desert, they're nice to look at!"  Yes they are.  BLACK!!!!!!! It was so fast I pulled back from the window.  We had just gone through a tunnel and it was so sudden that it caused that reflex action and just as quickly we were back in the light again.  Soft curves and gentle rolling, I could almost go to sleep but no, I was going to ENJOY this trip.  Sleeping was for those who were just going from point A to point B or had been traveling for days already.  Once reaching altitude, the forest was tremendously thick, barely letting in enough light for new growth but surely great for all the ferns and mosses that proliferated.

Then came the descent and passing through "the valley" with a quick stop in Eugene. Flat valleys of clover, wheat, sheep and cows intertwined with 'wild' areas of the local bushes and trees, blackberry bushes left to make wildlife areas.

Coming down, the pines began to disappear but the madrones and alders, scotch broom and poplars took over.  There was something that looked like either magenta crown vetch or a wild pea, but dang, couldn't get the conductor to slow down for a look...

I was amazed at how close some peoples'  homes were, lots of them sitting out in their backyards on that sunny and warm Saturday, having barbecues or playing tag football would wave as we passed by.  Only one idiot showed his lack of class by giving us the one-digit salute.  Yep, yer kool.  It was so interesting to see what people could do with so little space in their backyards, or didn't do.  And then there were the industrial sections.  I have never BEEN to the busy train yards or wandered through real car junk yards.  It was kind of cool to watch one of those magnet tractors lift up a huge ton of metal.  There was an area where the train slowed to a cruise, probably about 25 m.p.h., going over a temporary bridge while construction was being done to build a new bridge over a river.  I loved seeing that little boat at the end of the movie being transported from side to the other.  I saw people living in construction yards, old warehouse yards and under bridges.  I was just interested in EVERYTHING.

Albany arrived at 1:30 and we eagerly exited the train, being greeted by a lovely and functional train station, complete with 1890's restored train depot.  It still smelled old but it was clean, had a ticket counter, old wooden church benches, pamphlets and a bathroom where I encountered a strange young lady.  At first I thought she was a homeless person, you could smell her right away and she was frantically tearing all the paper towels out of the dispenser, stuffing them in her shoulder bag.  Her sky-blue makeup encircled her eyes like a 3 year old's artwork and she admonished me to "DO NOT drink the water!  Did you know water is a sorceress?!!".  She continued to mumble on and then washed her hands.  I got out of there as quick as I could, later I saw her with a  very clean, older gentleman.  I don't know that story...

Kevin and I walked over to a little restaurant, ordered some fish and chips and ice tea while we waited for the lay-over to pass.  It was a very nice train station; quite a number of seating areas with benches and metal slanted roofs dispersed among rock gardens and water fountains.  There were numerous photos of the late 1800's enlarged and framed with historical notes. 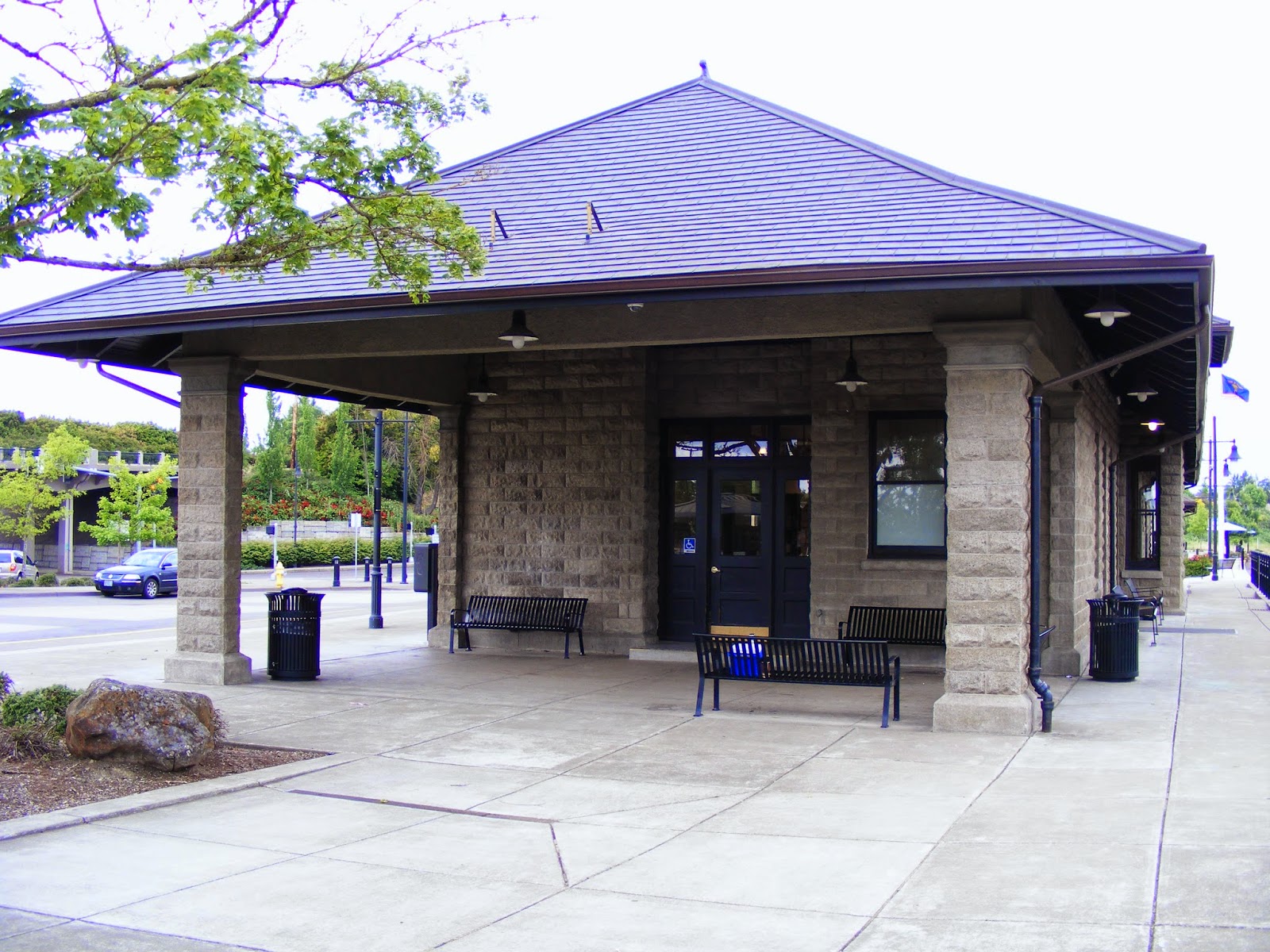 Shortly it was time to board the incoming southbound train and once again, I was surprised by the amount of travelers!  This time, there were at least 50 or more people and the train was fully loaded.  Still, all was completed in good time and the train left on schedule.  This time we sat in the parlor car, with upholstered bench seats and a big table.  We did spy an area that had the Captain's chairs and couch-type seating where you faced the huge viewing windows.  That was fun to watch everything pass by like a speeding movie!  And this time we sat on the opposite side of the car so we saw something a little different, more open on this side rather than mostly land walls.  All in all, it was a fabulous birthday gift. 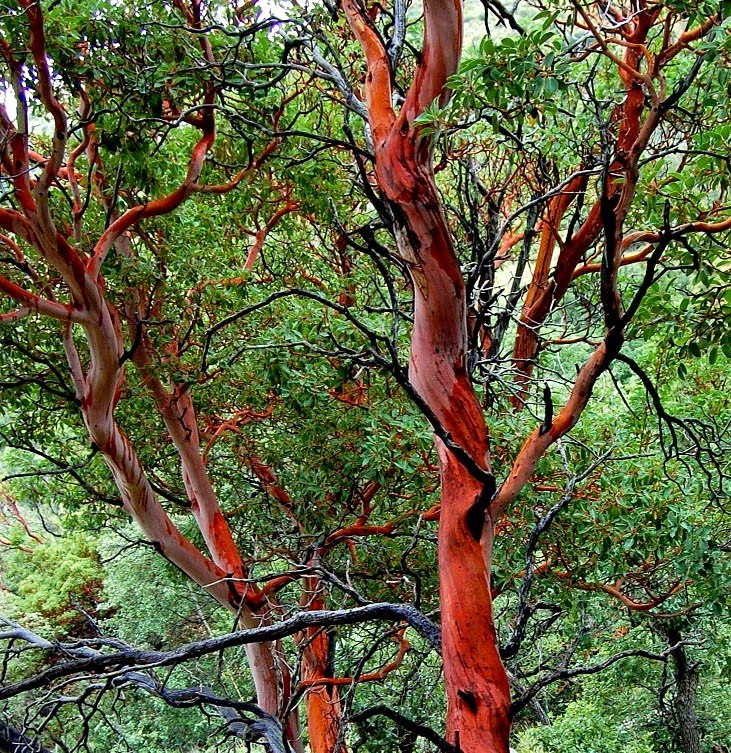 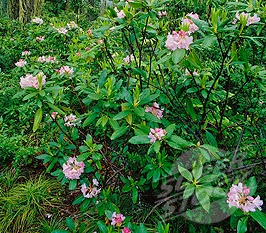